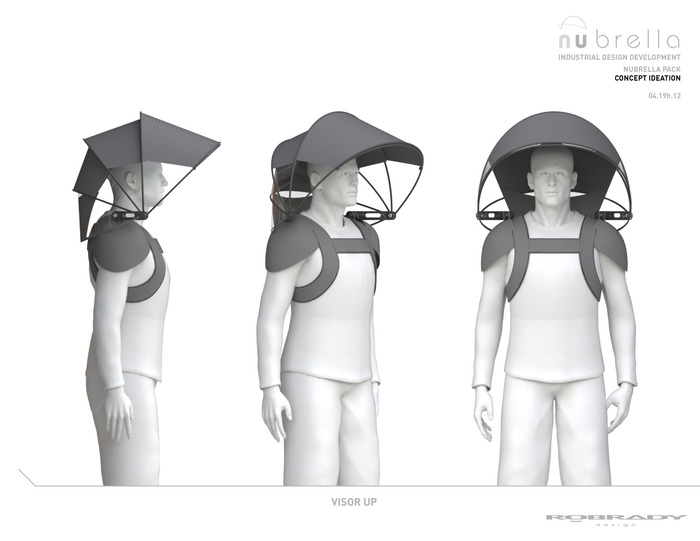 Submitted for your consideration: Nubrella’s backpack style hands-free umbrella (above), and Lord Dark Helmet seen visiting Comic-Con (right). Spaceballs fans everywhere, how cool would it be for them to add a Lord Dark Helmet, blacked-out model to their lineup!

OK, I was intrigued and followed the DIYnot formula to plan my random band’s debut album:

The black, intertwined branches might resemble machinery surrounding the man, no?